It’s COLD COLD COLD! On the first day that I arrived, which was yesterday actually, it wasn’t that bad at all . I only had 3 layers on. Then the weather turned so cold in the evening it was a struggle making it back to our hotel from the shopping street just opposite. We had to take refuge in 3 separate stores to “defrost” before making it back. And I heard that today is the coldest day for Autumn in Oslo! Not that I should complain, I purposely lugged 3 jackets here for a reason!

My hotel is in a superb location. It’s just next to the Oslo S Central Station. We took the normal train from the Oslo airport to Oslo S and it was 25 minutes with just 2 stops. The great thing about being here is that there are so many shopping centres around this area, with the Karl Johans Gate being the main attraction of it all (something similar to our Orchard Road or Oxford Street if you know London, except cars are not allowed there.)

As expected, food has been darn expensive so far. For my 1st meal in Norway, I had …. Chicken Tikka Masala! Yeah I know, but I really need some time to assimilate to having to pay S$40 for a cafe meal! The Chicken Tikka Masala cost only S$25 and was thankfully pretty tasty. The organic movement here is pretty strong, or perhaps using the word “movement” is wrong. You get the feeling that food here always been natural and unadulterated. Even my complimentary hotel buffet breakfast served organic milk and organic bread, something which I can say would be extremely rare to find in Singapore.

Here are some pictures of my stroll along Karl Johans Gate. Just this street alone has 3 H&Ms! I know all the Orchard road malls feature the same stores anyway, but this is different because they can all be seen from the street! 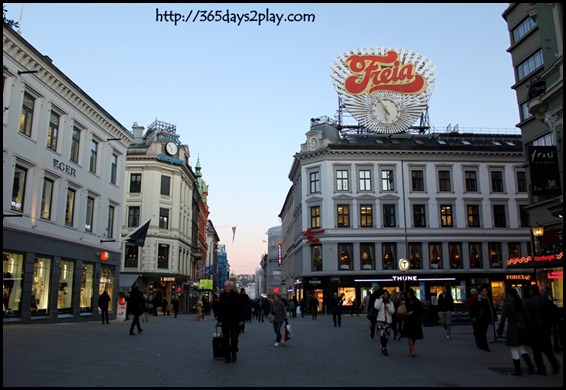 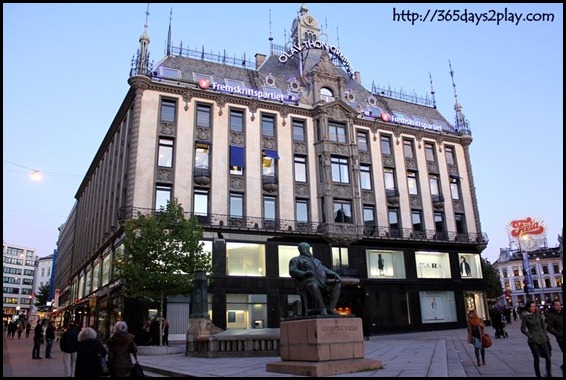 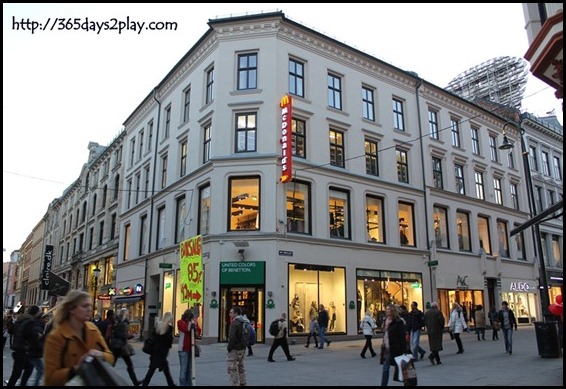 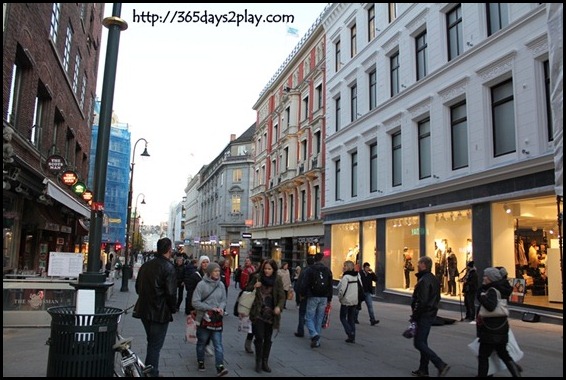 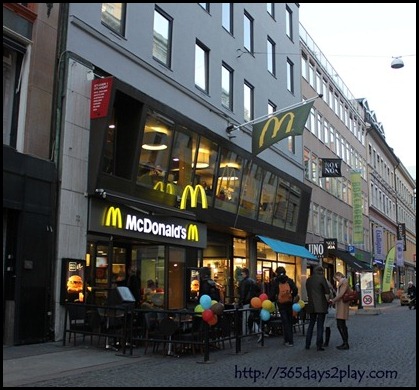 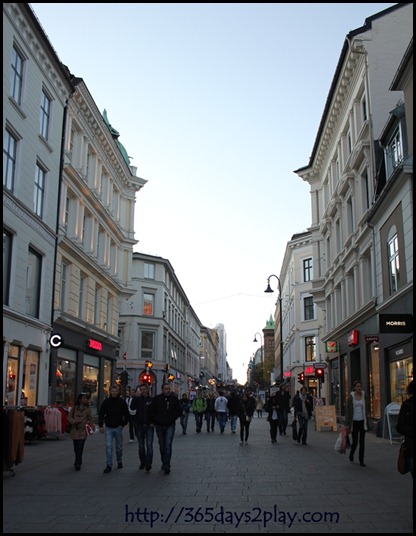 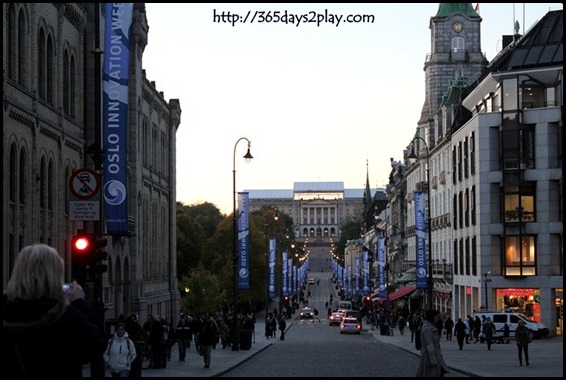 3 thoughts on “Greetings from Oslo!”